SQL Server ROUND() Function: What It’s For and Why Should You Care?

HomeDatabase development, StatementsSQL Server ROUND() Function: What It’s For and Why Should You Care?

SQL is a programming language used to create, read, update, and delete databases. It has one of the most popular functions for rounding numbers, which can be very useful in many situations, such as financial calculations or statistical analysis. This article will help you understand how to use the SQL Round function in your database queries and statements.

What is SQL Server?

SQL Server is a database management system that runs on Windows and provides high availability, scalability, reliability, and security.

Functions like ROUND allow users to complete tasks such as backing up and restoring databases or files, monitoring performance with queries, using indexes to improve query speed, managing security settings for users and roles, creating logins for external access to an instance of SQL Server over a network, and so on.

Although the ROUND function may not be as complex or hard to implement as others out there, it’s a great one to start learning with!

You can move on to more complicated SQL server functions like STR, STUFF, SUBSTRING, UPPER, FLOOR, MAX, and MIN later.

SQL Server ROUND () Function: What is It?

This function accepts one parameter which can be an integer or decimal number and returns the corresponding integer value for the given input. Put simpler, the SQL Server ROUND () Function rounds up the number to the nearest integer.

How Does it Work?

The SQL Server ROUND () Function has been designed by Microsoft and can be used in various fields, such as math, engineering, finance, etc. It does not have any limits on input values and always rounds up or down to the nearest whole number without fractions. The default rounding direction is up which means that it will round numbers greater than 0 upwards.

In fact, using it is quite simple. Let’s have a look at the below table:

With this operator, we round the column SunSeason to one decimal:

How About a More Interesting Example?

Imagine we’re trying to calculate the average size of a PC hard drive, getting the result 13.6666666666667. To round up this result, we can use the ROUND function:

You can tailor the function and change the parameters:

Here’s an example of using negative parameters with ROUND:

You can also use this function for truncation:

Here’s an example of using this function with employees’ salaries:

Which Other Functions Can be Combined with ROUND in SQL Server?

The ROUND function is a versatile tool that can be used in many situations. You can combine many functions with ROUND in SQL Server. Here they are: CEILING, FLOOR, TRUNCATE, SQRT, MIN and MAX, MOD, POWER, SQUARE ROOT, and LOG.

What are the Parameters?

ROUND() takes two arguments: the first one is the number to round, and the second argument specifies how many decimal places it should be rounded to.

The default rounding precision is 0, which means that numbers are rounded to an integer. You can adjust the parameters, even add negative values.

Type ROUND(5.6) into your query window and hit Enter. The output will be 6 instead of 5 because you rounded up to the next whole number (this would have been 7 if you had specified “ROUND(5.7)”).

You can specify the desired number of decimal places by adding .n (where n is any positive integer).

Where Can I Use It?

Which Problems does it Solve?

This function is useful for rounding to a specified number of decimal places and making your data easier to work with, but that’s not all it can do.

It’s also used for reporting purposes because it will round numbers in aggregate calculations like SUM(), AVG(), or COUNT().

We can use it as a string manipulation tool which converts all characters to uppercase letters. Besides, it can be used in conjunction with functions like SUBSTRING (), TRIM (), LENGTH(), and LEFT ().

Can I Use ROUND in MySQL?

MySQL is a relational database management system (RDMS) just like SQL Server, but it’s open-source and free while SQL Server comes with a license from Microsoft.

MySQL is one of the most used databases in the world. It’s been a leader in key features such as transactions, locking mechanisms, recovery modes, security methods, and scalability, etc.

There is an equivalent of the Round function in MySQL called Truncate. The script is as follows:

Note: Other languages have their respective functions. You should study their aspects before the deployment (especially the more advanced functions we mentioned). Visit us to find the answers to your questions.

Which Other Languages does Round Use?

There are many languages apart from SQL Server that use the ROUND function, including Pascal C++ Matlab Apex, and so on.

Unless you’re really into Math, the SQL Server’s ROUND function is more tedious than a drapes salesman from Idaho. In fact, it’s excruciatingly boring. It only does 1 thing – it rounds numbers.

In SQL Server, it rounds a given number to an integer by truncating digits following the decimal point until only one digit remains before rounding up or down according to the specified rules.

This function is not supported in all languages, but it does exist in many of them, such as C# and VB.NET. You can also use ROUND for converting floating-point numbers into integers as well as rounding strings. 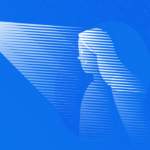 Next Story
XML Made Easy – LINQ to XML

SQL BETWEEN-Smart Tips to Scan for a Range of Values

SQL BETWEEN is an operator used to specify a range of values to test. The returned value can be inclusive or within the range. Or it can be...
Read More →

SQL AS: Usage, Examples, and How it Can Benefit You Best

What is the AS statement in SQL? The AS keyword in SQL is used to create a temporary alias for a table or column. This alias can be used...
Read More →

The SQL RAISERROR statement is used to send a custom message to the client application. It also can be used to debug the application and...
Read More → 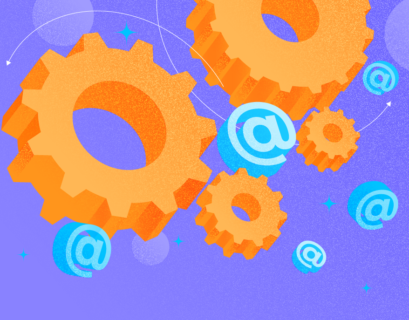