“But it ran fine on our development server!”

How many times did I hear it when SQL query performance issues occurred here and there? I said it myself back in the day. I presumed that a query running in less than a second would run fine in production servers. But I was wrong.

Can you relate to this experience? If you are still in this boat today for whatever reason, this post is for you. It will give you a better metric of fine-tuning your SQL query performance. We’ll talk about three of the most critical figures in STATISTICS IO.

As an example, we will use the AdventureWorks sample database.

Before you start running queries below, turn on STATISTICS IO. Here’s how to do it in a query window:

Once you run a query with STATISTICS IO ON, different messages will appear. You can see these in the Messages tab of the query window in SQL Server Management Studio (see Figure 1):

The first point in our list is the most common culprit – high logical reads.

Logical reads are the number of pages read from the data cache. A page is 8KB in size. Data cache, on the other hand, refers to RAM used by SQL Server.

But why use logical reads instead of elapsed time?

Relying on elapsed time will cause you to say, “But it ran fine in our development server!” sooner or later.

Why use logical reads instead of physical reads?

To see this in action, let’s proceed to an example.

Suppose you need to get the list of customers with orders shipped last July 11, 2011.  You come up with this below pretty simple query:

It’s straightforward. This query will have the following output:

Then, you check the STATISTICS IO result of this query:

Take a closer look at the logical reads of SalesOrderHeader. Do you wonder why it has 689 logical reads? Perhaps, you thought of inspecting the below query’s execution plan:

For one thing, there’s an index scan that happened in SalesOrderHeader with a 93% cost. What could be happening? Assume you checked its properties:

Reducing the Number of Logical Reads

It’s not so hard to lessen those 31,465 rows read. SQL Server already gave us a clue. Proceed to the following:

Did you notice the missing index recommendation in the execution plan (Figure 4)? Will that fix the problem?

There’s one way to find out:

Rerun the query and see the changes in STATISTICS IO logical reads.

As you can see in STATISTICS IO (Figure 6), there’s a tremendous decrease in logical reads from 689 to 17. The new overall logical reads are 57, which is a significant improvement from 729 logical reads. But to be sure, let’s inspect the execution plan again.

It looks like there’s an improvement in the plan resulting in reduced logical reads. The index scan is now an index seek. SQL Server will no longer need to inspect row-by-row to get the records with the Shipdate=’07/11/2011′. But something is still lurking in that plan, and it’s not right.

STEP 2: Alter the Index and Add to Included Columns: OrderDate, Status, and CustomerID

Do you see that Key Lookup operator in the execution plan (Figure 7)? It means that the created non-clustered index is not enough – the query processor needs to use the clustered index again.

Note the enclosed box under the Output List. It happens that we need OrderDate, Status, and CustomerID in the result set. To obtain those values, the query processor used the clustered index (See the Seek Predicates) to get to the table.

We need to remove that Key Lookup. The solution is to include the OrderDate, Status, and CustomerID columns into the index created earlier.

After recreating the index, rerun the query. Will this remove Key Lookup and reduce logical reads?

And the Key Lookup?

So, what have we learned?

One of the primary ways to reduce logical reads and improve SQL query performance is to create an appropriate index. But there’s a catch. In our example, it reduced the logical reads. Sometimes, the opposite will be right. It may affect the performance of other related queries too.

Therefore, always check the STATISTICS IO and the execution plan after creating the index.

It is much the same as point #1, but it will deal with data types text, ntext, image, varchar(max), nvarchar(max), varbinary(max), or columnstore index pages.

Assume you want to display a product with its price, color, thumbnail image, and a larger image on a web page. Thus, you come up with an initial query like as shown below:

Then, you run it and see the output like the one below:

As you are such a high-performance-minded guy (or gal), you immediately check the STATISTICS IO. Here it is:

It feels like some dirt in your eyes. 665 lob logical reads? You cannot accept this. Not to mention 194 logical reads each from ProductPhoto and ProductProductPhoto tables. You indeed think this query needs some changes.

The previous query had 97 rows returned. All 97 bikes. Do you think that this is good to display on a web page?

An index may help, but why not simplify the query first? This way, you can be selective on what SQL Server will return. You can reduce the lob logical reads.

Based on these operations described above, we change the query as follows:

The query will now be similar to this:

One of the ways to reduce lob logical reads is to rewrite the query to simplify it.

Remove unneeded columns and reduce the returned rows to the least required. When necessary, use OFFSET and FETCH for paging.

To ensure that the query changes have improved lob logical reads and the SQL query performance, always check STATISTICS IO.

Finally, it’s logical reads of Worktable and Workfile. But what are these tables? Why do they appear when you don’t use them in your query?

These tables may appear when there’s an ORDER BY, GROUP BY, CROSS JOIN, or DISTINCT, among others.

Assume that you need to query all stores without sales of certain products.

You initially come up with the following:

Try not to focus on this statistical report length – it is only frustrating. Instead, add logical reads from each table.

For a total of 1279, it’s a significant decrease, as it was 8853 logical reads from the single SELECT statement.

We haven’t added any index to the temporary tables. You might need one if a lot more records are added to SalesOrderHeader and SalesOrderDetail. But you get the point.

Sometimes 1 SELECT statement appears good. However, behind the scenes, the opposite is true. Worktables and Workfiles with high logical reads lag your SQL query performance.

If you can’t think of another way to reconstruct the query, and the indexes are useless, try the “divide and conquer” approach. The Worktables and Workfiles may still appear in the Message tab of SSMS, but the logical reads will be zero. Therefore, the overall result will be less logical reads.

The Bottomline in SQL Query Performance and STATISTICS IO

What’s the big deal with these 3 nasty I/O statistics?

The difference in SQL query performance will be like night and day if you pay attention to these numbers and lower them. We have only presented some ways to reduce logical reads like:

There are more like updating statistics, defragmenting indexes, and setting the right FILLFACTOR. Can you add more to this in the comment section?

Next Story
Deploying a Database on Azure SQL

Excited? That’s how it feels to learn a new skill on your first day. It can also feel a bit overwhelming. You have lots of questions. You...
Read More → 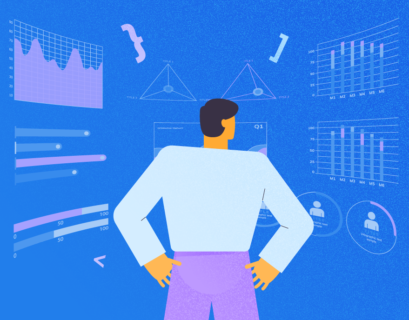