Creation of Pandas DataFrame in Python with Examples 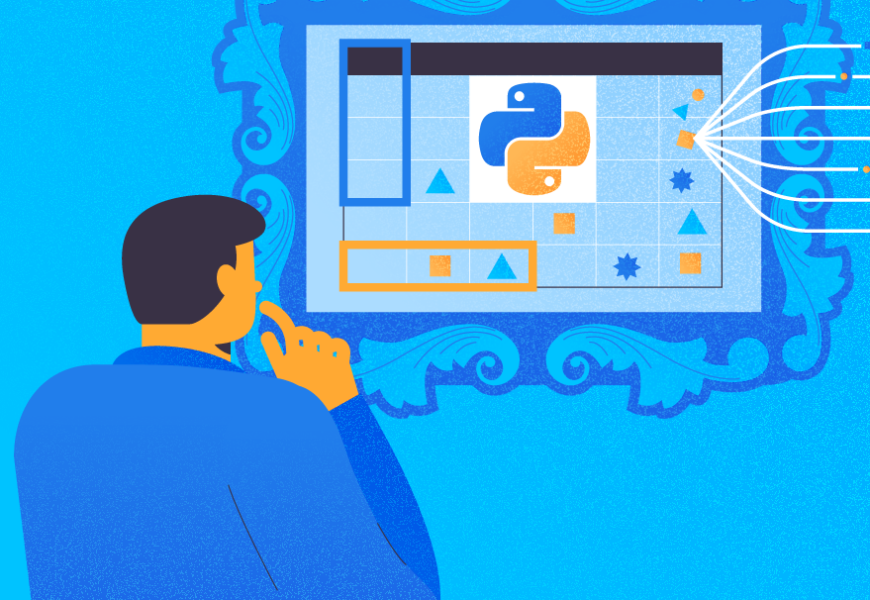 Python is a general-purpose language that can work with various types of data structures and solve data-related problems with the help of community-built libraries. One of such ways of handling data in Python is using DataFrames.

In this article, we will discuss what the DataFrames structure is and how to how to create a DataFrame in Python and apply it to help you make the most of this structure.

What is DataFrame in Python?

DataFrame in Python is a two-dimensional data structure that can store heterogeneous data.

You can consider it similar to an Excel spreadsheet or a table in an SQL database. It is a basic data form that contains rows, columns, and data values.

The figure below presents an example of a simple DataFrame.

On the left, it has rows, indexed from 0 to 4. There are also columns on the top – they have names associated with each of those rows. And we have the data for each row belonging to the particular column.

With DataFrames, you can query data by rows of columns. Also, you can select a subset of the DataFrame by using functions.

Now, that we have some idea about what a Dataframe in Python will look like, let us understand how can we create one.

How to Install Pandas in Python

To work with our DataFrames in Python, we need to use a library called Pandas. It is a popular data processing library favored by millions of users. As per its official definition, “Pandas is a fast, powerful, flexible, and easy to use open-source data analysis and manipulation tool, built on top of the Python programming language.”

It is written with C++ and open to use for all. You can either download the library from here or install it with the Python package manager, Pip. In this example, we are dealing with Windows OS. However, you can use Pip on macOS and Linux as well.

The following command will get it installed on your machine:

As soon as you run this command, it will install Pandas and other dependencies required to handle it, e.g. NumPy.

After installing the library, you can start using it. For demonstration purposes, I am going to use Jupyter Notebooks within Visual Studio. Setting up a Python notebook is outside this article’s scope, but you can follow this tutorial and configure Jupyter Notebooks on your machine.

Pandas will provide us with the default DataFrame constructor that can create DataFrames from a list of items. Let us see how to do this in practice.

As you can see in the figure above, we have imported the Pandas library and provided an alias ‘pd’ to it. This is usually done so that the library can be referred to by the alias in the code blocks.

In the next step, we create a list in Python that stores some string values.

Finally, we use this constructor to pass the Pandas DataFrame to list of values. We can convert DataFrame and prints out the result.

Notice that the column name in the DataFrame is 0 because we have not provided any name yet. Also, pay attention to using the alias to call the Pandas constructor.

To illustrate how to convert JSON to Pandas DataFrame, we are going to define a dictionary in Python that will contain multiple lists. The lists will also have a key associated with them. Further, this key will be converted into the column name.

Additionally, Pandas allow selecting the data subset from the DataFrame. For example, the DataFrame has three columns, but you may choose to display only two of them. This is useful when you have a large DataFrame but need to show only a part for data analysis purposes.

As you can see in the figure above, we have specified the column names within the double braces. It tells the interpreter to select the data from those two columns and display it on the panel. This is how to turn JSON to DataFrame.

One of the most common use cases with Python DataFrames is importing and exporting data to and from files (mostly CSV and TXT).

Once you have the data in your DataFrame, you can easily export that Python DataFrame to CSV. Alternatively, if you have data in a CSV file, you can read it and create a DataFrame from it.

We have exported data using the to_csv method provided by the Pandas library. You can apply it to the DataFrame object and provide the filename as a parameter. The second parameter, index, is optional. It controls if the row indices should be exported to the CSV file.

Similarly, using the read_csv method, you can read data from a CSV file and store it in a Python Pandas DataFrame.

You can find the entire notebook on GitHub.

The specialized Python Data Structure called DataFrame helps programmers to cope with the tabular-fashioned data within Python. You can create a DataFrame in Python, apply multiple transformations like JOINs, filters, etc., and also combine two or more DataFrames vertically. All these operations on DataFrames are performed with the Pandas library in Python.

To learn more about DataFrames and Pandas in general, refer to the official documentation from Pandas. Also, you can read about how to connect python to sql server.

About the Author / Aveek Das

Aveek is an experienced Data and Analytics Engineer, currently working in Dublin, Ireland. His main areas of technical interest include SQL Server, SSIS/ETL, SSAS, Python, Big Data tools like Apache Spark, Kafka, and cloud technologies such as AWS/Amazon and Azure. He is a prolific author, with over 100 articles published on various technical blogs, including his own blog, and a frequent contributor to different technical forums. In his leisure time, he enjoys amateur photography mostly street imagery and still life. Some glimpses of his work can be found on Instagram. You can also find him on LinkedIn.
← 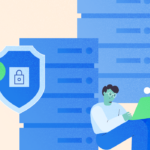 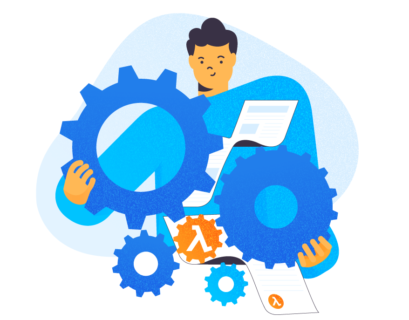 AWS Lambda is an event-driven, serverless cloud computing service provided by Amazon, a part of the Amazon Web Services. It responds to...
Read More → 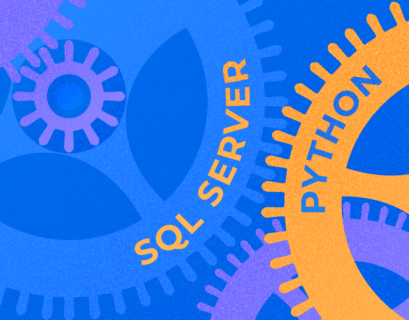 How to Connect Python to SQL Server to Automate Backend Process

Automating backend processes in your SQL Server instance is a common task. Whether it is refreshing the statistics, rebuilding indexes,...
Read More →