Azure DevOps Services provides a lot of space for importing your custom extension. Work items, pipeline tasks, dashboard widgets, and other options can serve this purpose.

This article will be about developing extensions for pipeline tasks – I will describe how to create the easiest sample extension that will help organize your own continuous integration.

But first, let’s describe the whole process of hosting the extension on Azure DevOps and how it works. Then we will discuss its detailed development route.

On the picture down below, you can see the general Azure DevOps hosting and working scheme for pipelines. 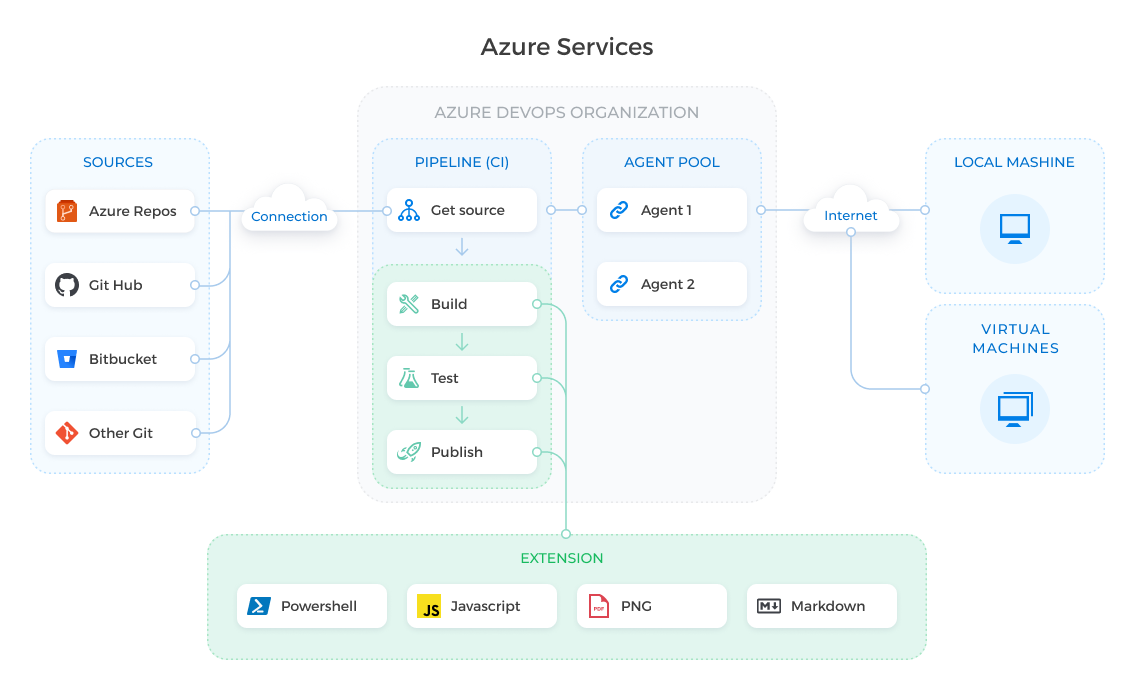 As you can see in the picture, the extension is a number of tasks. Each task can be written on one of the languages: TypeScript (that complies with JavaScript) and PowerShell. TypeScript will run on all platforms, whereas PowerShell will only run on the Windows platform. The extension also has a manifest that includes:

To start using a developed extension in continuous integration, you need to create your own Azure DevOps Organization, then you create Pipeline. Respectively, we create tasks for Pipeline that will be further mapped against tasks from our extension.

As you see in the picture, our pipeline is associated with the source code (it can be GitHub, Bit Bucket, Azure Repos, or something else). We take the source code from the very source – it could be your project on any language or a database script folder from which we will need to deploy this database.

The pipeline is also associated with agent pool. Essentially, this is a connection with a machine on which the pipeline will be executed.

Our sample Azure DevOps extension will consist of the following files:

The picture down below showcases the folders and files structure of our extension. 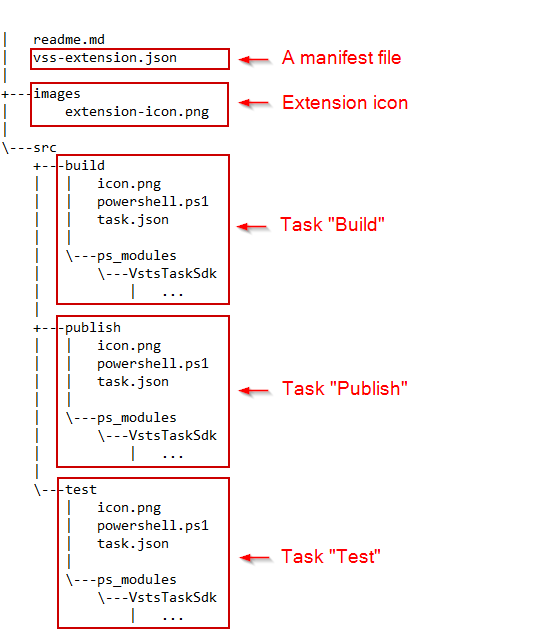 Pic.2. The structure of folders and files

Let’s shortly explain the structure of the picture above.

Vss-extension.json is the plugin basis and it describes general extension values (version, name, publisher, plugin icon, etc.). The manifest file also describes the place inside Azure DevOps where we want to embed our plugin. As it was mentioned, we embed the plugin into “pipeline tasks”.

As you see in the picture, every task has its folder whereas task.json is the task’s basis.

The picture shows that our plugin has 3 tasks: Build, Test, and Publish. The number of tasks can be any. For convenience’s sake, each task is located in the folders that have their names. The folder contains 3 main files: task.json, powershell.ps1, and icon.png. Task.json is the very task, it contains its name, version, entry parameters and what it should launch. In our case, it launches a powershell script that is described in a powershell.ps1 file, whereas icon.png is the task’s icon.

These are the folders with secondary modules and we will use the VstsTaskSdk module. We will need it to interact with parameters, in other words, interact with UI.

This is an unnecessary file. But if you’re going to make your extension public, the file will come handy for describing it that users will see at Azure Marketplace.

To make the extension reach its destination – to be used in Azure DevOps in Pipeline Tasks, we need to complete the following steps:

In this article, I will focus on creating an Azure DevOps extension for the pipeline. To get more information about creating a publisher or an organization for hosting the extension, you should follow the link.

Preparing for the extension creation

Whether you create an extension for Azure DevOps Services or for Azure Pipeline Tasks, the following software should be installed:

Let’s create a root folder for our extension, for example, DevopsExt (the root folder name doesn’t affect the final extension creation). While being in the DevopsExt root place, let’s create the following folder and empty files:

As mentioned before, the manifest vss-extension.json file is the main file for the extension creation. To get more info about attributes description, their values, and file limitations, you should follow this link.

Down below you will see the attributes that we use. The following script will show our manifest vss-extension.json file’s content.

As the folder structure shows, every task is located within its own subfolder. The task anatomy is the following:

As you see from in folder structure, we have three task.json files that are in three folders: build, publish, and test – these are the tasks’ manifests.

You can see the build task script down below. The code will look the same for the other tasks, it’s just their identifiers, names, and UI entry fields that will be different.

We have three powershell.ps1 files that are located in three folders: build, publish, and test. These scripts are launched for our tasks.

The powershell.ps1 script lets us get UI parameters and run the list of required powershell commands for the task.

As you see in the script, we use Get-VstsInput commands from the VstsTaskSdk module to get UI parameter values. Then we can do any manipulations on these values.

As it was mentioned, we use the VstsTaskSdk module to get the values from UI and use them in powershell.ps1 scripts. More specifically, we use the Get-VstsInput method.

To install and use this module, we need to create a ps_modules subfolder in our build, publish, and test folders. Once it’s done, your folder structure will look the following way:

Now we need to install the VstsTaskSdk module from the Powershell Gallery on your computer. To do this, run the following command:

Then we need to save this module into every ps_modules subfolder. To do this, run the following Powershell Save-Module command:

Once these steps are done, your folder structure will look the following way:

You can upload the extension in two ways: manually or using the command prompt. To get the info about manually uploading the extension, please follow this link and see how it’s done.

Down below, you can see how it’s done via the command prompt. It will also be shared with the organization that will use it onwards. The command looks the following way:

Where each parameter has its purpose:

The article shows the process of creating an extension for private usage – it doesn’t require validation from Microsoft. It allows you to quickly organize, set up, and use pipelines for your CI process in a seamless manner.

If you want to make the extension publicly available, you’ll need to write a letter to Microsoft and go through the validation process.

About the Author / Vitalii Zaichenko

Vitalii Zaichenko is a software developer at Devart. He has extensive .NET and SQL Server and Azure database knowledge.
← Previous Story
Using Alerts and Operators in SQL Server
→ Next Story
Implementing a TeamCity Plugin 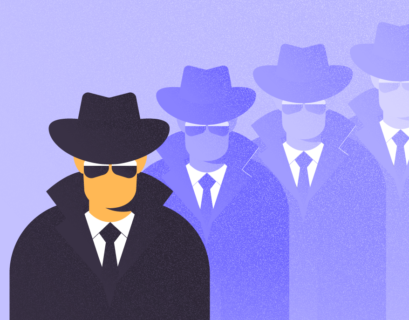 What is CI / CD Pipeline in Azure DevOps? In the process of learning Azure DevOps, you’ll face numerous challenges, but the most...
Read More →

Microsoft Azure is a cloud computing service for building, testing, deploying, and managing applications through the Microsoft data...
Read More →

Azure CLI is a Microsoft cross-platform tool that allows users to remotely access Azure services via their command line. The current...
Read More → 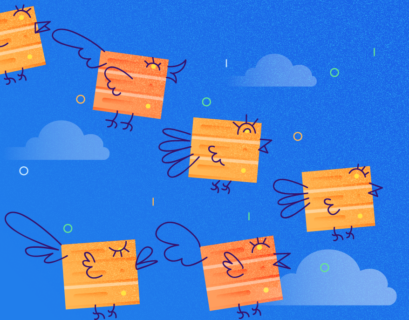