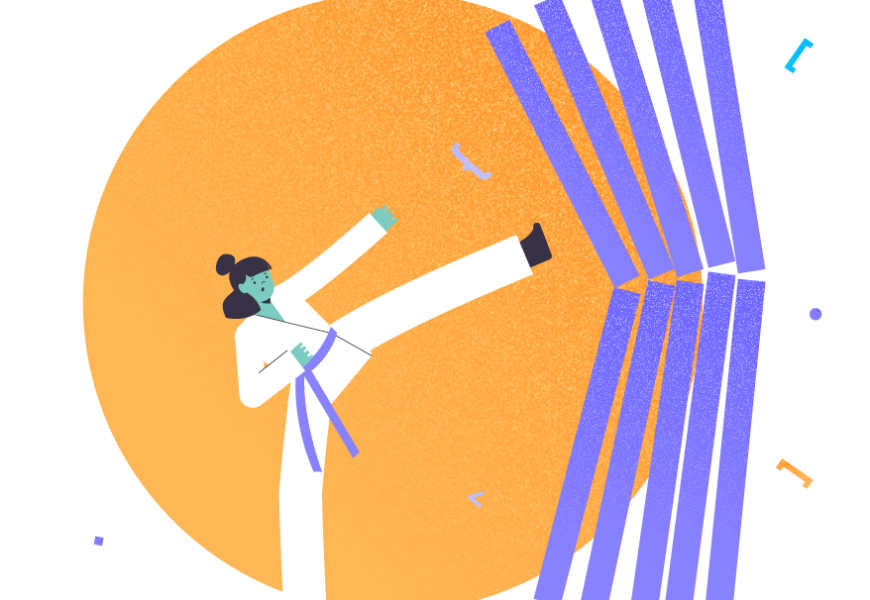 Do your choices of SQL server data types and their sizes matter?

The answer lies in the result you got. Did your database balloon in a short time? Are your queries slow? Did you have the wrong results? How about runtime errors during inserts and updates?

It is not so much a daunting task if you know what you’re doing. Today, you will learn the 5 worst choices one can make with these data types. If they have become a habit of yours, this is the thing we should fix for your own sake and your users.

Lots of Data Types in SQL, Lots of Confusion

When I first learned about SQL Server data types, the choices were overwhelming. All the types are mixed up in my mind like this word cloud in Figure 1:

However, we can organize it into categories:

Still, for using strings, you have lots of options that can lead to the wrong usage. At first, I thought that varchar and nvarchar were just the same. Besides, they are both character string types. Using numbers is no different. As developers, we need to know which type to use in different situations.

But you may wonder, what’s the worst thing that can happen if I make the wrong choice? Let me tell you!

This item will use strings and whole numbers to prove the point.

First, let’s go back to strings. There’s this thing called Unicode and non-Unicode strings. Both have different storage sizes. You often define this on columns and variable declarations.

The syntax is either varchar(n)/char(n) or nvarchar(n)/nchar(n) where n is the size.

To prove this fact, let’s create 2 tables and put some data into them.

Figure 3 shows that the difference is two-fold. Check it out below.

You see the implication on storage and I/O. Figure 4 shows the logical reads of the 2 queries.

So, you cannot just interchangeably use each. If you need to store multilingual characters, use nvarchar. Otherwise, use varchar.

This means that if you use nvarchar for single-byte characters only (like English), the storage size is higher. Query performance is also slower with higher logical reads.

In SQL Server 2019 (and higher), you can store the full range of Unicode character data using varchar or char with any of the UTF-8 collation options.

The same concept applies with bigint vs. int – their sizes can mean night and day. Like nvarchar and varchar, bigint is double the size of int (8 bytes for bigint and 4 bytes for int).

Still, another problem is possible. If you don’t mind their sizes, errors can happen. If you use an int column and store a number greater than 2,147,483,647, an arithmetic overflow will occur:

When choosing whole number types, make sure the data with the maximum value will fit. For example, you might be designing a table with historical data. You plan to use whole numbers as the primary key value. Do you think it won’t reach 2,147,483,647 rows? Then use int instead of bigint as the primary key column type.

Choosing the wrong data types can affect query performance or cause runtime errors. Thus, choose the data type that is right for the data.

Our next item is related to the first one, but it will expand the point even more with examples. Also, it has something to do with pages and big-sized varchar or nvarchar columns.

What’s with Pages and Row Sizes?

The concept of pages in SQL Server can be compared with the pages of a spiral notebook. Each page in a notebook has the same physical size. You write words and draw pictures on them. If a page is not enough for a set of paragraphs and pictures, you continue on the next page. Sometimes, you also tear a page and start over.

Based on this, you cannot just fit lots of columns in a table during the database design. There will be consequences on I/O. Also, if you query a lot on these row-overflow data, the execution time is slower. This can be a nightmare.

An issue arises when you max out all the varying-sized columns. Then, the data will spill to the next page under ROW_OVERFLOW_DATA. update the columns with smaller-sized data, and it needs to be removed on that page. The new smaller data row will be written on the page under IN_ROW_DATA together with the other columns. Imagine the I/O involved here.

Let’s prepare our data first. We will use character string data types with big sizes.

Getting the Row Size

From the generated data, let’s inspect their row sizes based on DATALENGTH.

The first 300 records will fit the IN_ROW_DATA pages because each row has less than 8060 bytes or 8 KB. But the last 100 rows are too big. Check out the result set in Figure 6.

You see part of the first 300 rows. The next 100 exceed the page size limit. How do we know the last 100 rows are in the ROW_OVERFLOW_DATA allocation unit?

We’ll use sys.dm_db_index_physical_stats. It returns page information about table and index entries.

The result set is in Figure 7.

There it is. Figure 7 shows 100 rows under ROW_OVERFLOW_DATA. This is consistent with Figure 6 when large rows exist starting with rows 301 to 400.

The next question is how many logical reads we get when we query these 100 rows. Let’s try.

Now, let’s see what happens if we update the 100 rows with smaller data.

But to be sure, let’s check it with sys.dm_db_index_physical_stats as we did earlier. Figure 9 shows the result:

Slow query performance is the by-product of the row-overflow data. Consider moving the big-sized column(s) to another table to avoid it. Or, if applicable, reduce the size of the varchar or nvarchar column.

SQL does not allow us to use data without specifying the type. But it’s forgiving if we make a wrong choice. It tries to convert the value to the type it expects, but with a penalty. This can happen in a WHERE clause or JOIN.

The CardNumber column is not a numeric type. It’s nvarchar. So, the first SELECT will cause an implicit conversion. However, both will run just fine and produce the same result set.

The 2 queries ran very quickly. In Figure 11, it’s zero seconds. But look at the 2 plans. The one with implicit conversion had an index scan. There’s also a warning icon and a fat arrow pointing to the SELECT operator. It tells us that it’s bad.

But it doesn’t end there. If you hover your mouse over the SELECT operator, you will see something else:

The warning icon in the SELECT operator is about the implicit conversion. But how big is the impact? Let’s check the logical reads.

The comparison of logical reads in Figure 13 is like heaven and earth. In the query for credit card information, implicit conversion caused more than a hundred-fold of logical reads. Very bad!

If an implicit conversion caused high logical reads and a bad plan, expect slow query performance on large result sets. To avoid this, use the exact data type in the WHERE clause and JOINs in matching the columns you compare.

4. Using Approximate Numerics and Rounding It

Check out figure 2 again. SQL server data types belonging to approximate numerics are float and real. Columns and variables made of them store a close approximation of a numeric value. If you plan to round these numbers up or down, you might get a big surprise. I have an article that discussed this in detail here. See how 1 + 1 results in 3 and how you can deal with rounding numbers.

Rounding a float or real can have crazy results. If you want exact values after rounding off, use decimal or numeric instead.

Let’s turn our attention to fixed-size data types like char and nchar. Aside from the padded spaces, setting them to NULL will still have a storage size equal to the size of the char column. So, setting a char(500) column to NULL will have a size of 500, not zero or 1.

In the above code, data is maxed out based on the size of char and varchar columns. Checking their row size using DATALENGTH will also show the sum of the sizes of each column. Now let’s set the columns to NULL.

Next, we query the rows using DATALENGTH:

What do you think will be the data sizes of each column? Check out Figure 14.

Look at the column sizes of the first 3 columns. Then compare them to the code above when the table was created. The data size of the NULL columns is equal to the size of the column. Meanwhile, the varchar columns when NULL have a data size of 1.

During the designing tables, nullable char columns, when set to NULL, will still have the same storage size. They will also consume the same pages and RAM. If you don’t fill the entire column with characters, consider using varchar instead.

So, do your choices in SQL server data types and their sizes matter? The points presented here should be enough to make a point. So, what can you do now?

Sounds easy, but we all know it’s not. We also know that there’s a bright side at the end of the journey. That’s why they are called problems – because there’s a solution. So, cheer up.

Do you have something else to add about this topic? Let us know in the Comments section. And if this post gave you a bright idea, share it on your favorite social media platforms.

Previous Story
Learn to Use Time Intelligence in Power BI
→

Next Story
How to Protect MySQL Databases from Ransomware Campaigns

Relational databases represent an organization’s data in tables that use columns with different data types allowing them to store valid...
Read More →

This post has “strings attached: for a good reason. We are going to explore deep into SQL VARCHAR, the data type that deals with...
Read More →