Less is more – this is definitely true when it comes to object collections and LINQ queries.

Among the Language Integrated Query technologies, LINQ-to-objects is the most versatile. That’s why it will be the focus of this article. We will examine and compare traditional solutions to some programming challenges based on the data collections with alternative LINQ-based solutions.

The current article will introduce the basic understanding of LINQ and LINQ-to-objects technologies and present alternatives to the “traditional” way of solving programming challenges based on data collections. We’ll also cover the issues of using LINQ to group and aggregate data.

Why Do we Use LINQ?

LINQ stands for Language Integrated Query. It stands for a set of technologies enabling us to write queries on strongly typed collections of objects as first-class constructs.

Furthermore, LINQ enables us to use the same query expression patterns on different data collections, including SQL database, ADO.NET Datasets, XML objects, and any object collections that implement IEnumerable or the IEnumerable<T> interface.

From the pure usage point, we can think of LINQ as a proxy allowing us to use the same queries for manipulating the data collections of multiple types.

One of the most valuable advantages is the ability to write cleaner and more concise code, thus accomplishing more with fewer lines.

There are multiple technologies under the LINQ umbrella. Here, we are going to focus on LINQ-to-objects. This is the technology that deals with .NET collections.

LINQ objects, classes, and interfaces live in System.Linq namespace. To them, we need our class first of all. In C#, we do it with:

Before digging into a comparison between the classic and LINQ-based solutions, we need to know which methods are available.

Some of the commonly used LINQ methods are:

For the full list of methods and details, please refer to the original Microsoft documentation.

Now that we know some of the methods at our disposal, let’s see how we can use them. In our first example of the LINQ usage, let’s define a class Student:

Have a look at more LINQ expression examples.

Get the total number of students to use:

Define the number of female students:

There is an even shorter variant of the above query:

Get the oldest student:

Get the first student sorted alphabetically by the First Name:

Again, we can make the query shorter:

If we only need to get each student’s First Name of each student, we use the following code:

Get the simple list of all students’ full names:

The next case is a bit more advanced example of the SELECT method. This method accepts predicates with the member reference m and the index of the element in the list.

The result will be the list of first and last names with the index for each record:

More Examples of How to Use LINQ in C#

To understand the difference from “traditional” solutions, we will use the coding challenges. Many job interviews include them as tests, so, it’s better to be well-prepared. Though we would not claim our solutions provided in this article are the best or even optimal, but they will suggest helpful approaches for solving some problems.

Let’s start with something pretty simple. The task is to write a function that takes a string and checks if it is a palindrome (written the same forward and backward).

The first approach would be to iterate through the indices of the character, reverse the string and compare it with the original to see if they match.

Let’s see how we could do the same with LINQ:

In this case, we use build-in LINQ methods to separate the string into an array of characters (str.ToArray()), reverse the order of the characters (Reverse()), join the characters to a new string (string.Join method) and finally, compare it with the original string. If they match, the string is a palindrome.

Everything is nicely packed in one line. Thus, we can refer to this expression as a “one-liner.”

Just for fun, let’s see a couple more solutions to this problem. For instance, the following example suits well:

We can do the same with LINQ:

As you can see in these examples, LINQ-based solutions are easier to write and read. They require less code. The original solution can be better in resource-critical situations when the execution time or memory usage is critical. We’ll deal with the issue of the LINQ performance in some of the future posts. Meantime, let’s see more examples of how LINQ can make our life easier.

You are given a random array of strings with the names of playing cards. The goal is to write a function that returns the number of full decks of cards that we could assemble with our available cards. To be honest, it took me longer to come up with a solution that would not LINQ

One approach can be to loop through all cards, stack them by the card, and determine if we have a stack for every card. If so, the number of decks we can assemble is actually the length of the smallest stack. This would be one implementation of this logic.

Now let’s do it with LINQ:

First, we will group our cards by the card value. If we do not have enough card groups, we can not assemble any full decks, and that’s all. Then we get counts for each group. Again, the number of decks we can assemble is the length of the smallest deck.

After some housekeeping, we end up with the below method:

I think we can conclude it is a lot cleaner and easier to read than the original.

LINQ comes in handy in situations when we need to do multiple operations on data collections.

With LINQ, this is a simple task.

Here we can see that data manipulation on object collections is intuitive and simple with LINQ.

Let’s expand this example a bit. Assume, we want to find out how many male and female students are younger than 25 years.

I hope these examples have proved the benefits of using LINQ in your code. Once you get used to the LINQ syntax and logic, it helps you to think about manipulating the data collections more clearly. You could see it in the second challenge where the LINQ solution came in more intuitive and natural than the iterative approach.

Of course, it is not all rainbows and butterflies when it comes to LINQ. As with anything else, it can be a valuable tool in certain or even most situations. However, if the situation requires more attention on memory usage or execution time, you might need to refer to other approaches offering more control over the resources.

We have seen only one aspect and barely scratched the surface of LINQ technologies. In future posts, we’ll dig deeper.

Thank you for sticking until the end of the article. Hope you enjoyed it and will join us at the next one! 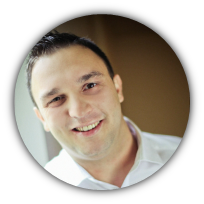 Ivan Matec is experienced Software Engineer with a demonstrated history of working in the information technology and services industry. Skilled in Microsoft technologies (C#, VB.NET, Azure) and front-end technologies (jQuery, Angular). Strong engineering professional with a bacc. ing. comp. focused in Computer Programming from Polytechnic of Zagreb. Other professional interests include computer security and AI development.