Comments are used to add information to the code. It is mostly ignored by the compiler, but human specialists can read those comments when they view your code. Comments are essential for developers because they have limited time, and commenting allows them to get valuable information at once or note some crucial details in regards to the code. Accessing this data lets them make the right decisions and work faster.

Comments are helpful for you personally and for anyone who may need to read or edit this code later. But how exactly?

Yes! MySQL comments are most often used in conjunction with languages like SQL and PHP where we can insert them into a text file or script using the comment function * / (e.g., /* This is my comment */). They’re typically just as easy to use anywhere else, too.

The comment function will let you write any text to add a comment in MySQL. It does not affect the final output as long as it comes before or after a definite pre-programmed character.

/* */ will work for any situation where you want to start and end your comment at that point without using anything else (like single quotes).

# is used for one line of code at a time

— also applies for one code line at a time. Don’t forget to put a space after this double dash.

In your code it would look as follows:

Here’s the difference between the one-line and multiline comments:

The basic hash commenting style can be inserted into text like this:

This is more or less the same (don’t forget the space). The standard SQL doesn’t actually require you to use the space there, but MySQL uses it to avoid problems with commands like SELECT 10–1.

Commenting Using the / * and * / Symbols

This multiline commenting, unlike the previous two examples, doesn’t have to stop at the end of the line.

As a rule, comments are ignored by whoever’s on the other end (because they’re for programmers only), but some comment types – executable comments – enable the code running on some systems.

In our case, executable comments allow you to use SQL codes that will be executed in MYSQL only, not in other databases.

Executable comments should be contained within asterisked slashes, as with the usual code:

However, these executable comments require a specific syntax like below:

You need the !##### part to signal executable comments. It represents the minimum version of MYSQL that can execute commentaries.

Instead of the first hash, substitute the main version of MYSQL. Instead of the second, the younger version and the versions of the patch are substituted for the last 2.

Only MySQL 5.1.10 or later version can run the following comments:

Comments in MySQL make programs easier to read by adding more details. You can think about them as somewhat similar to hashes – they reduce the time required to understand the code or identify some parts of it drastically by providing snippets that capture the essence of the text. If you’ve ever worked with zero-knowledge proofs or tried to log into Facebook through Google, you’ll know what we mean.

That’s why it is essential to comment on your code and know how to do it correctly. Keeping your code accurate with informative notes makes the lives of all involved specialists easier.

About the Author / Philipp Zhenov

Philipp expertly writes articles on technical topics. He has an extensive experience with both large companies and small businesses in the field of IT, engineering and mechanical engineering.
←

How to Change Default MySQL Port in Windows 10

A network port is a communication endpoint used by applications, incoming connections, and external devices to the computer/server or...
Read More →

When we install MySQL on Windows, we usually specify the password of the root user. This helps keep the MySQL Server secured. Suppose you...
Read More → 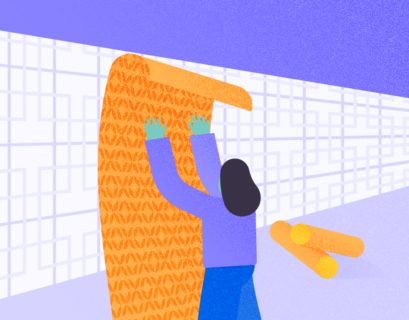 Are you adding MySQL to your list of database skillsets? Then MySQL UPDATE statement is one of the commands you need to learn. We are...
Read More →