What is SQL Server Express?

SQL Server Express Edition is a free edition of SQL Server. Microsoft provides it for educational purposes as well as minor use cases. Students, hobbyists, and startups can use this edition to implement projects that do not require advanced features of SQL Server.

This article will examine the functionality of the SQL Server Express edition. But before we proceed to explore it, we’ll try to understand the concept of versions and editions in SQL Server.

SQL Server is grouped as versions and editions when shipped. The SQL Server version releases come out every two or three years or so. A new version release brings numerous improvements to SQL Server in terms of feature set, performance capabilities, scalability, etc. The versions of SQL Server are named according to the year of release.

For each version of SQL Server, we also have a grouping called editions. Editions of SQL Server determine the functionality. Every edition has its feature set. Customers can choose the right edition and won’t pay for what they do not need. For example, organizations without high availability use cases would not need an Enterprise or Standard Edition of SQL Server.

Have a look at the below picture. It summarizes the SQL Server editions offered in version 2019:

The next picture shows the resource usage limits of the SQL Server 2019 editions.

A full description of the functionality of all editions is available on the Microsoft Website.

This article will focus on SQL Server Express Edition.

How to check SQL Server Version and Edition

You can check the version and edition you are running with the following code (@@VERSION is an inbuilt SQL Server configuration function):

On my computer, I have two editions of SQL Server. Now, I want to check their data. Let’s have a look at the outputs:

Note: Both instances are running SQL Server 2019, but one is the Developer edition, and the other one is Express Edition.

You can also retrieve similar information from SQL Server using the metadata function SERVERPROPERTY. It requires passing an argument to specify which precisely property of the instance we wish to retrieve.

The syntax for SERVERPROPERTY is as follows:

The detailed information about the SERVERPROPERTY function is also available on Microsoft Documentation.

As mentioned earlier, one key reason for providing different versions of SQL Server is allowing customers to choose the right functionality for them and avoid paying for what they won’t need. Each “lower” edition has fewer features or less sophisticated functionality.

SQL Server Express Edition has the least features set. If you are a database administrator, you should be aware of the following limitations of this edition:

Let’s dig a little bit deeper into the above points. For instance, the Database Properties section of the Express edition misses the Mirroring and Transaction Log Shipping options. It is the limitation set for the edition. However, if you aren’t aware of this restriction, you might assume it was an error in the installation.

For disaster recovery, we need to clarify that an SQL Server Express instance can work as a database mirroring witness even though we cannot have such instances as mirroring partners.

An attempt to perform a backup operation on a SQL Server Express instance using the COMPRESSION option (see Listing 3) will return the error. Similar errors will occur if one attempts to use encryption.

Finally, any attempt to exceed the 10GB limit for a database will return the error:

Why Use an MS SQL Express Edition?

As we see, there are significant limitations to the SQL Server Express functionality. You might ask what for would anyone use it at all.

You can download the last version from the SQL Server 2019 Express page, and installing is straightforward. It takes less time than, say, Enterprise Edition since it is a much lighter edition.

Typically, one uses Express Edition for learning the basics of managing data on SQL Server or for testing and non-critical solutions. Such solutions don’t require high availability or disaster recovery. However, it makes sense to configure regular backups along with a documented procedure for recovery. It would not take too much time since the database sizes are limited to 10GB.

You can circumvent the 10GB limit of database size by implementing a simple archiving procedure that periodically exports the top tables in your main database (e.g., DB_Tran) to archive databases (e.g., DB_Archive_n). You stall deal with managing relatively large backup sets, as there is no compression available. Explore carefully compressing your backups at the operating system level after they are taken successfully.

SQL Server Express Edition provides a cost-effective option for DBAs who want to employ SQL Server for non-critical use cases. Despite its limitations, it can be quite useful for administrators who develop creative ways of circumventing such limitations.

However, no matter how small your critical databases are, it may not be a good idea to employ Express Edition for them. You still need to deal with other limitations beyond the database size.

Kenneth Igiri is an Enterprise Architect with eProcess International S.A., Ecobank Group's Shared Services Centre. Kenneth has over fifteen years' experience in Information Technology with nine of those years focused on SQL Server and Oracle databases. His interests include Database Performance, HADR, Cloud Computing, Data Architecture and Enterprise Architecture. Asides from work, Kenneth teaches at Children's Church, writes faith-based fiction and helps small businesses grow. You can connect with Kenneth via his blog https://kennethigiri.com, LinkedIn, or on Amazon.com.
← 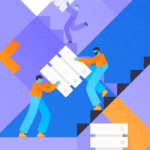 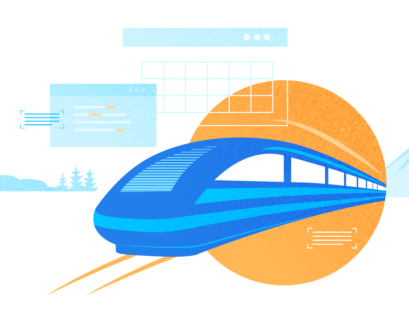 What is SQL Server Express? Definition, Benefits and Capabilities

SQL Server Express is a free lightweight edition of SQL Server with limited functionality, available for all versions starting from SQL...
Read More →

How to Download and Install SQL Server Express Edition?

SQL Server is Microsoft’s premier database management system that we can use to develop relational databases. It also offers support for...
Read More →

The SQL Server Express edition is a free version of SQL Server 2019. You can use it to deploy small applications and websites and monitor...
Read More →