For reference, Power BI is a data visualization and analytics software developed by Microsoft. Power BI can be used for static as well as interactive data visualization. Before you can create actual visualizations with Power BI, you can perform data preprocessing using Power BI Query editor.

In this article, you will see how to pivot, unpivot, and split columns using Power BI Query editor.

Importing A Data Set into the Query Editor

The dataset used as an example in this article is in a CSV file format that can be downloaded using this kaggle link. Download the CSV file into your local file system.

Next, open the Power BI Desktop, click on the “Get Data” button from the top menu. From the dropdown list, select “Text/CSV” as shown below.

Power BI will take some time to import the data. Once the data is loaded, you should see the window below.

The dataset contains information about the Population, Area, Birth Rate, Death Rate, Population Density, GDP Per capita, Phones per 1000, etc. for all the countries in the world. To load the data into the query editor, click the “Transform Data” button.

In the query editor, you can perform various preprocessing such as pivoting, unpivoting, and splitting columns.

Before we actually get down to pivoting and unpivoting columns with Power BI query editor. Let’s consider a very basic example of unpivoting.

Assume you have a dataset that contains the following information. The rows in the following table correspond to countries, while the columns show information about the GDP Per Capita and Literacy Rate for corresponding countries in rows. (Note: These are just dummy values, not the actual values)

If you unpivot a single column, e.g., GDP Per Capita, the dataset with an unpivoted column will look like this.

You can see that the column GDP Per Capita has been replaced by two columns, i.e., Attribute and Value. The values in the “Attribute” column correspond to the column name that is unpivoted, whereas the “Value” column contains the values that previously existed in the unpivoted column. Since only a single column is unpivoted, the values in the “Attribute” column will always be the same. Also, the number of rows in the dataset with one unpivoted column will remain the same.

Let’s now try to see what happens when we unpivot two columns. We will unpivot both the GDP Per Capita and Literacy Rate columns in the original dataset. The dataset with two unpivoted columns looks like this.

In the above dataset, you can see that for each country name, the “Attribute” column now contains two unique values: GDP Per Capita and Literacy Rate. The “Value” column contains the corresponding values for the Attributes. Notice that the number of rows has doubled. Similarly, if you unpivot three columns, the number of rows in a dataset increases by three times.

Pivoting, as the name suggests, refers to the process that is used to reverse an unpivoted dataset to its original form. For instance, in pivoting the input table looks like this:

After applying pivoting on the “Attribute” and “Value” columns, the dataset takes the following form:

Now that we know what pivoting and unpivoting are, let’s see how to implement them with Power BI.

Pivoting and Unpivoting with Power BI

Let’s first see an example of how to unpivot a single column with Power BI query editor. If you look at the dataset, it contains a column named “Population”. To unpivot the “Population” column, click the column header and then select the “Transform” option from the top menu. You will see a new menu with several options appear at the top, click “Unpivot Columns” option from the menu and then click “Unpivot Columns” from the dropdown list, as shown below:

The “Population” column will be replaced by the “Attribute” and “Value” columns, as shown below:

Now, to pivot a column, you have two options. You can click the “x Unpivoted Columns” option from the “Applied Steps” window, as shown in the following screenshot.

The other option is to select a column and then select “Transform -> Pivot Column” from the top menu, as shown below.

Next, we will unpivot two columns, i.e., “Population” and “Pop. Density (per sq. mi.)”. Select both of the column headers and then unpivot them, as shown below:

After unpivoting, you should see the following two columns created in the dataset. You can see that the “Attribute” column now contains information about “Population” and “Pop. Density (per sq. mi.)”.

Select both the column headers (CTRL + Click) and then drag the columns just beside the “Country” column, as shown below.

Before splitting columns, we will replace some values in the “Population Type” column.

The value “Population” in the “Population Type” column refers to the total population. We will replace the value “Population” with “Pop. Total” so that it has the same pattern as “Pop. Density (per sq. mi.)”. To replace values in columns, go to “Transform -> Replace Values”, as shown in the following screenshot.

After replacing the values, the dataset looks like this.

Now, we will split the “Population Type” column into two. Its first five characters will be added to the first column, while the remaining characters will be added to the other column. To split a column, go to “Transform -> Split Columns”. We will be splitting by first five characters, therefore, select the “Split by Number of Characters” option from the dropdown. We will split the column by first 5 leftmost characters. For reference, look at the following screenshot.

Once the columns are split, you should see the following two columns.

Ben Richardson runs Acuity Training. Acuity is an IT training business offering classroom courses in London and Guildford. It is a leading provider of SQL training the UK and offers a full range of SQL training from introductory training to advanced administration courses.
← Previous Story
Formatting Data in Power BI Desktop Visualizations
→ Next Story
Creating Maintenance Plans in SQL Server

How to Set up Drill Through in Power BI Report

The Power BI Drill-through feature allows us to dig deeper into the data and get detailed information about a particular data entity. This...
Read More →

Power BI is a data analytics and interpretation tool developed by Microsoft. With Power BI, you can create various types of static and...
Read More →

How to Create Paginated Report in Power BI: Definitive Tutorial 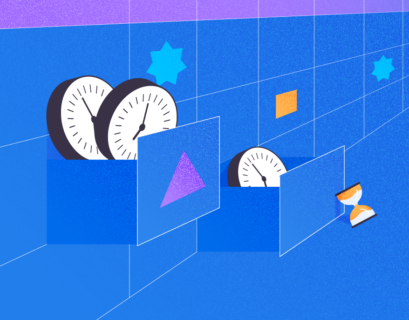